In 1966 the experiences of Caribbean migrants were documented for the first time in Donald Hinds’ Journey to an Illusion. Even though their self-imposed five-year deadline was long overdue, most of those interviewed still hung to the notion that they would soon be back home and spoke freely of their trials and tribulations of coming to England. 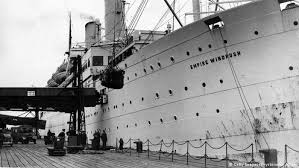 More than half a century on, the cultural historian and author Colin Grant revisits similar territory, only his subjects are  mostly elderly,  post-war migrants who had got used to both being ignored and trying not to draw attention to themselves as they settled down and got on with making the best of  it. The Windrush scandal has now thrust them under the spotlight as a pioneering generation who changed Britain forever but still don’t quite belong.

As many of their peers are cast into the wilderness by hostile immigration laws, they have thrown off their familiar reticence in a series of first hand accounts, from optimistic adventurers setting sail  to “Missus Queen” country after the Second World War and having to heat their one-room abodes with  paraffin heaters, to the retirement “returnees” looking back on a life of hopes, regrets and challenges from behind their gated communities.

Teacher Yvonne Connolly reveals how in the 1960s she had to be officially escorted into the school she had just landed a job at because of death threats, while George Mangar, who arrived from British Guiana as a medical student in 1959, recalls placating police who’d come to his door following complaints about loud music with a generous shot of rum and coke. Meanwhile, bus conductor-turned writer Donald Hinds tells of how he once feared going prematurely bald because people kept placing their hands on his hair for good luck as he took their fares. 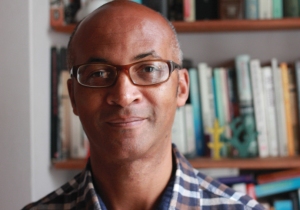 The child of parents who came to England from Jamaica in the 1950s, Grant typically draws on his own personal history for inspiration. Setting the scene in the book’s  introduction, he writes: “In almost every West Indian family I knew, there was this division between adults, between the dreamers who were given to nostalgia about the West Indies and the sacrifices they made, and those who focused on the hard-nosed reality of life in Britain.”

His father, the subject of his 2012 memoir Bageye at the wheel, fell in the latter camp, rebuking Grant for daring to ask why he’d come in the first place: “We’re here because we’re here. You have some place else to go?”

Even when Grant insisted on describing himself as Jamaican, he was told to stop talking rubbish: “You born right here. You are English.”

Not surprisingly, there is a brutal honesty in the more than hundred reminiscences, but the distressing landmarks associated with the early years of migration such as the 1958 Notting Hill riots were not necessarily felt as viscerally as one might imagine. Even if migrants felt aggrieved they were too busy getting on with their lives to be distracted by such hatred, writes Grant.

The much overlooked story of children who were left behind in the Caribbean and brought up by grandparents and aunties is told here, too. It is heartbreaking to read how, when they finally joined their parents in England, they were often regarded as a burden and felt as strange in their new families as in their new country. 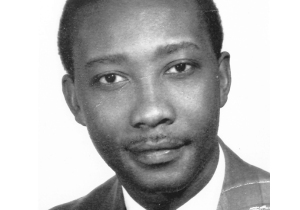 Although Grant interviewed most  of his subjects in their front rooms, he draws on the archives for others. Star cricketer Learie Constantine’s account of being refused entry at a London hotel at the height of his career is taken from a 1943 BBC Third Programme broadcast.

White voices are included as well. While fascist leader Colin Jordan’s rant about the “evils of the coloured invasion” is par for the course, it is quite a shock to read the blatant prejudices expressed in a 1939 Mass Observation project.

Homecoming was recorded for BBC Radio 4 last October over five episodes and, without dismissing the worth of the book, the audio drama format works much better, bringing out the characters behind each vignette, which can read quite flat in their brief, verbatim style. The strongest voice in all the stories is perhaps Grant himself, who illuminates each chapter with his customary insight and  eloquence.

Homecoming: Voices of the Windrush Generation by Colin Grant is published by Vintage at £18.99

This article first appeared in The Review, February 13 2020