The inferno that engulfed Grenfell may have long been extinguished but it was everywhere in evidence at this year’s Notting Hill Carnival whose route lies in the shadow of the tower’s charred remains.

The Carnival’s official opening on Sunday was marked this year by a tribute to those who had lost their lives in the disaster involving song, multi-faith prayers and the release of dozens of white doves into the sky.

Over the two days of Carnival, at 3pm, hundreds of thousands of revellers observed a minute’s silence in remembrance of the victims, while throughout the day the body shaking sound systems turned down their music as they passed the street closest to Grenfell and performers stopped dancing.

Individual revellers made their own simple tributes, holding hand-made green paper hearts or wearing green clothing in response to organisers’ requests to go ‘green for Grenfell’ to signal hope and renewal.

It is not just the sorrow that at least 80 people died in the fire on June 14, it is the anger that such a disaster occurred – residents’ warnings that the block was a potential fire risk had been routinely ignored by the authorities.

Those same authorities proved woefully slow in responding to the emergency, forcing the community to provide help and relief to the bereaved and homeless in the immediate aftermath of the fire. 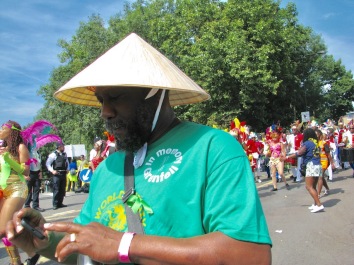 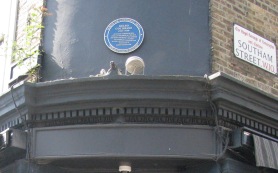 For many Britons, Grenfell symbolised all that is wrong with the government’s austerity agenda, which has seen public spending cut to the bone, particularly in the area of health and safety.

As a result, the tragedy has given rise to a campaign for those responsible to be held to account that has far wider political ramifications.

Carnival, emerging first out of Caribbean slavery and then, in London, out of the 1958 Notting Hill race riots that led to the murder of a black man, could be no better arena to give expression to that quest quest for justice.

The fact that the powers-that-be have for years been trying to shut down Carnival in the same way as they have been trying to squeeze out the poor in favour of the rich from many parts of London, including Notting Hill itself, made this year’s revelries distinctly memorable as people made a “joyful noise” in memory of Grenfell in the spirit of unity.

This article first appeared in World Today Press on August 28, 2017