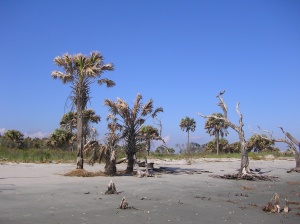 A half a century before US emancipation, hundreds of liberated American slaves were given land in Trinidad after fleeing their plantations to fight for the British

In the early 19th century nearly 800 former American slaves settled in Trinidad after the British helped them to freedom during the War of 1812, the last armed conflict between the US and Britain.

Like an earlier generation before them during the American War of Independence of 1776, most had decided to take up arms on behalf of the British

Recruited into the specially formed Corps of Colonial Marines, they were trained to help in key operations along the Atlantic coast and came to be much admired for their bravery and discipline.

In Trinidad, where they were given prime land to farm, these “Merikens”, as they were known, displayed the same qualities as they set about forming a new free black yeomanry half a century before America granted its own slaves emancipation.

According to historian John Weiss, who is writing a definitive book on the subject, the little known story of the Merikens is ‘unparalleled, the most significant departure from slavery between the Haitian revolution of the 1790s and British colonial abolition in the 1830s.’

America had declared war on its former colonial rulers in 1812, infuriated by their continued interference with American ships on the high seas and their habit of press- ganging American seamen into the Royal Navy.

In order to draw America away from the war’s main battleground of Canada, the British fleet entered Chesapeake Bay to blockade ports in Virginia and Maryland and harass the US population.

Almost immediately, up to 4,000 slaves started to make their escape from plantations in Virginia and Maryland – and later Georgia – and made their way to the British warships, rowing by canoe across Chesapeake Bay to reach the squadron.

‘It was widely felt that the British would liberate them just as they had liberated those who had fought alongside them in the American War of Independence,’ explains Weiss. ‘This time there were two crucial differences –  unlike the British army, the navy had strong anti-slavery sentiments; and the British government promised the slaves freedom whether or not they took up arms. So the runaways included women and children too.’

At first, the refugees were all housed on board the ships. In a paper presented at an international maritime conference at the University of Greenwich in London in June, Weiss describes how deputations of slaveholders were allowed on board to try to persuade them to return but without success. ‘One slaveholder wrote, “On being enquired of whether they were willing to return they declined, some of them very impertinently”.

‘Charles Ball, in his account of his life in and out of slavery, records how he “went amongst them, and talked to them a long time, on the subject of returning home; but found that their heads were full of notions of liberty and happiness in some of the West India islands”.’

They were not to be disappointed. They were all offered safe haven in British territories, although several hundred stayed behind to take part in the war effort as members of the Colonial Marines.

The base for the Colonial Marines, as well as for a sizeable number of runaway slaves who were given refuge there, was Tangier Island in the middle of the Chesapeake Bay. This was popular venue for revivalist meetings and the freed blacks’ intimate knowledge of the area was to prove invaluable to the British.

Training lasted six weeks and dressed in their red white and blue uniforms, their first engagement was at Pungoteake at the end of May 1814 followed a few months later by assaults on Washington – that resulted in the burning of the White House – and Baltimore.

By the end of the year the Colonial Marines moved out of the Bay and southwards to Cumberland Island off the coast of Georgia. This was to establish a beachhead for overland supplies to New Orleans, which a separate army and naval force was planning to attack. It was an area well known to local slaves, who once again came in their hundreds to act as pilots and guides on behalf of the British.

Thousands were killed on both sides but the war ended in stalemate in 1815.  ‘Neither side won, although they both claimed victory,’ says Weiss.

‘The real winners were the 4,000 runaway slaves who took their freedom. The losers were the Native Americans who were never returned the land they were promised under the peace deal.’

In 1815, a first batch of 211 American settlers, who had not seen uniformed service, arrived in Trinidad. They were followed a year later by 405 Colonial Marines, together with their families – 83 women and 85 children.

The Colonial Marines had spent 18 months on Bermuda, where the British command was headquartered. Described as  ‘infinitely more dreaded’ than English troops, it was hoped they would man the garrison as a reserve force in case of further American conflict. But they refused to join the West India Regiments, which they regarded as slave forces, or even to be formed into a regiment of their own. ‘Their persistent intransigence finally led the British government to offer to place them in Trinidad as independent farmers,’ says Weiss.

The British had captured Trinidad from the Spanish in 1797 and gained formal possession of it in 1803. The island had been neglected under Spanish rule and the Colonial Office wanted to make it self-reliant by encouraging small farming for market – the availability of the American settlers seemed like a good solution. It was a move opposed by the British planters who were only interested in the much more lucrative sugar, coffee and cocoa trade.

Each household was given 16 acres of land. ‘This part of Trinidad was wonderfully fertile, a land flowing with milk and honey,’ comments Weiss.  ‘The planters complained about the free black settlers being given the best land, though in fact it was located far away from the main areas of cultivation in order to avoid as much opposition as possible.’

In the event, Governor Ralph Woodford was pleased with the success of his decision, describing the Merikens as ‘good English settlers’.

By all accounts, they formed a distinct community with distinct customs and parlance. ‘They were proud to be free,’ asserts Weiss. According to his research, it is known that they mixed with the plantation slaves: ‘They even worked alongside them in the sugar fields, where they hired themselves out as paid labourers – something which might have been unique at the time.’

But up until the 1930s and ‘40s, the Merikens formed a self-contained’ community. ‘They spoke with a different accent and were regarded as a bit foreign,’ Weiss says. ‘The area they lived in is quite out of the way and would have been impassable during the rainy season. So they lived very independent lives anyway.’

Other accounts reveal that the majority of the settlers were Baptist. About a quarter were Methodist, while around 20 were Muslims, thought to be from the small proportion of the settlers born in Africa. Explains Weiss, ‘From other people’s more general research, I guess that around 80 or 90 of the Georgia settlers would have been African-born, of whom 25 per cent would have been Muslim.’ If so they would have been the first recorded Muslims to come as free men into Trinidad.

A number of families in Trinidad can trace their roots back to the Merikens, although their accounts are often shrouded in vague folklore.

However, the McNish clan, which currently stands at about 150 strong, have not only been able to put a name to their Meriken ancestor but have also discovered that he was born in Africa.

Called Polydore McNish, he joined the Colonial Marines after fleeing his Georgia plantation to the British base on nearby Cumberland Island during the War of 1812. He subsequently settled in Trinidad.

It was historian John Weiss who first spotted Polydore’s name in a footnote in a little known book on black freed slaves on Cumberland Island in archives at the National Maritime Museum in Greenwich, London.

Weiss had already built upon his knowledge of the Colonial Marine settlements – known as Company Villages – through Trinidad novelist Michael Anthony, who had written a number of histories about the island.

But this latest information linked a potential Meriken with the War of 1812.

Eventually, the McNish family found themselves at the National Archive in Washington. ‘Under the Treaty of Ghent that ended the War of 1812, it was decided that Britain would pay compensation to the plantation owners whose slaves had escaped,’ explains Weiss. ‘We searched through a thousand claims and one of them related to Polydore McNish.’

The record stated that Polydore was born in Africa around 1780 and was captured and sold to the Gatehouse plantation in Camden County, Georgia. This was owned by William McNish and named after his hometown of Gatehouse in Scotland.

Aged about 35, Polydore fled the plantation with his ‘American-born’ wife Nancy and two children, a two-year-old and a babe-in-arms. The compensation claimed was $500 and $300 respectively for Polydore and his wife, while the children carried lower price tags.

Following further research, Weiss deduced that it was likely that Polydore hailed from the Senegambia region of West Africa. ‘The Gatehouse plantation grew rice and  Senegambia is a rice-growing area,’ says Weiss.

‘It is known that planters needed slaves with the best technical knowledge of growing such a specialised crop and they preferred slaves from specific areas of West Africa rather than those born in America or the Caribbean.’

Rice was grown in the swamplands of Georgia and the isolation of the area led to a distinct community known as Gullahs, which retained a strong West African culture and language. It is thought that Polydore may have been a member of this community.

In Trinidad he lived with fellow Georgians in one of six Company Villages, east of Princes Town in the south of the island east of San Fernando and, according to local records, went on to have two more children.

‘This area has always been regarded as the ancestral homeland of the McNish family and up to two generations ago, members were still growing rice.’ says Weiss.

One thought on “The great escape”